You are here: Home1 / Our Blog2 / News3 / RH Named in The Drum’s Top 100 Independent Agencies Census 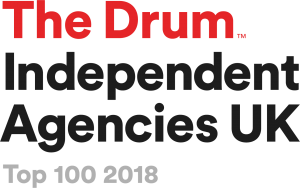 We are delighted to announce that we have been listed as one of The Drum’s Top 100 UK Independent Agencies for 2018!

This is the second year in a row that we’ve been recognised in the Independent Agency Census, which celebrates the country’s best-performing agencies. This year, we climbed to position 31, putting us in line with some of the finest agencies outside of London.

The RH team are extremely proud to have been ranked so highly this year alongside some of the very best in the business – what a brilliant start to 2019!

RH Announce New Client – UTC South Durham
Scroll to top
We use cookies on our website to give you the most relevant experience by remembering your preferences and repeat visits. By clicking “Accept All”, you consent to the use of ALL the cookies. However, you may visit "Cookie Settings" to provide a controlled consent.
Cookie SettingsAccept All
Manage consent